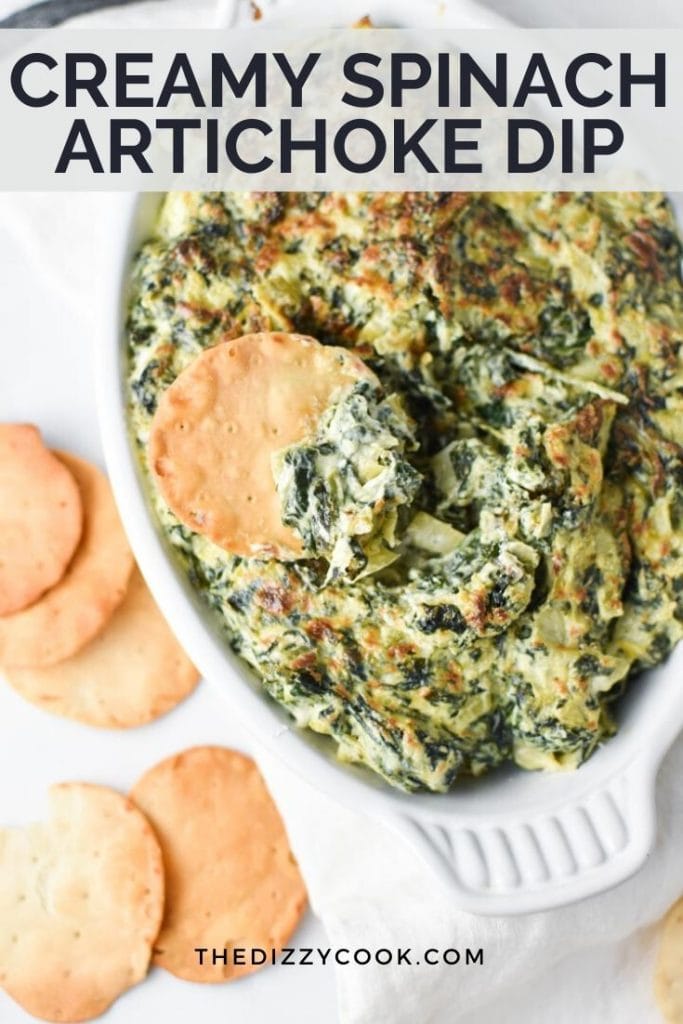 This creamy spinach artichoke dip is gluten free and has all your favorite flavors of a traditional warm artichoke dip. Paired with vegetables or pita chips, you'll love all the great traditional flavors without the aged cheese. 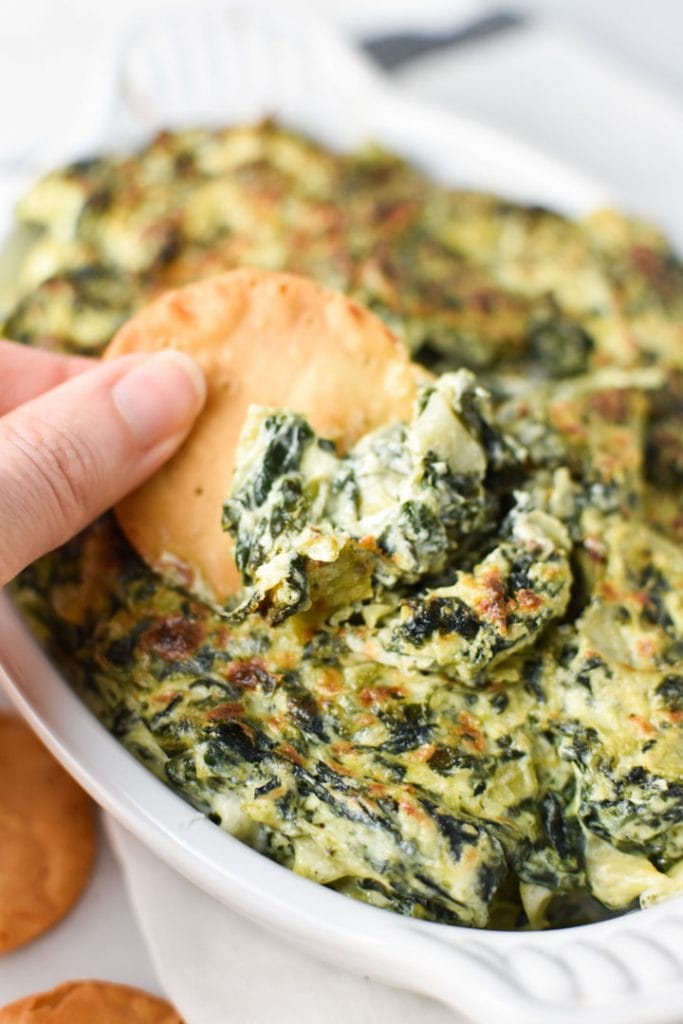 One of the hardest parts of re-creating so many traditional dips that we love is that every recipe uses parmesan. Parmesan imparts such a wonderful flavor, but it's still possible to recreate a creamy artichoke dip without it and have it be delicious. I promise in this recipe you won't miss it.

Why without aged cheese? A lot of the great cheeses out there also, unfortunately, tend to be migraine triggers for a large portion of people. This is typically due to the high amounts of tyramine and histamine that occur in aged items. Although this rule doesn't apply to everyone, people who find themselves especially sensitive tend to do better if cheese is aged around 3 months or less. On average parmesan is aged about 2 years making it one of the most extreme cheeses you could try! I've thankfully been able to incorporate it back into my diet, but usually in very small amounts.

Obviously when following a diet like this, ingredients are really important so I'll go through which ones I used for this creamy artichoke dip recipe.

For the spinach, I only had about 8oz of frozen spinach left so I combined frozen spinach and then supplemented with fresh. You can really do either one, it just depends on if you feel like wilting down the spinach yourself. If using frozen, make sure you defrost and then squeeze an excess moisture out with a paper towel.

For the artichokes I used Cento Quartered Artichoke Hearts in water. These canned artichokes contain citric acid and it's actually really difficult to find ones that don't, even if they're frozen. Citric acid is permitted on this migraine diet, but some people do find they're sensitive. To try to cut down on a reaction, and I would do this anyway, just rinse your artichoke hearts with water and pat them dry.

When it comes to cream cheese, it's nearly impossible to find one without any gums now. However, if you just avoid ones with carrageenan you should be totally fine. A few that do this are Publix Greenwise, Philadelphia Plain (in the block form), and Organic Valley. I've also found a few local store brands that only contain locust bean gum as well, which is a derivative of carob seeds. As for the mozzarella, I just tore apart a fresh ball of it.

My favorite store-bought mayonnaise is Sir Kensington's Organic, which does have a very small amount of lemon juice. Still, I find it's extremely well-tolerated. If you don't like the flavor or prefer to make your own, give this recipe a try. And if eggs are an issue, you can try this Vegan Aquafaba Mayo. 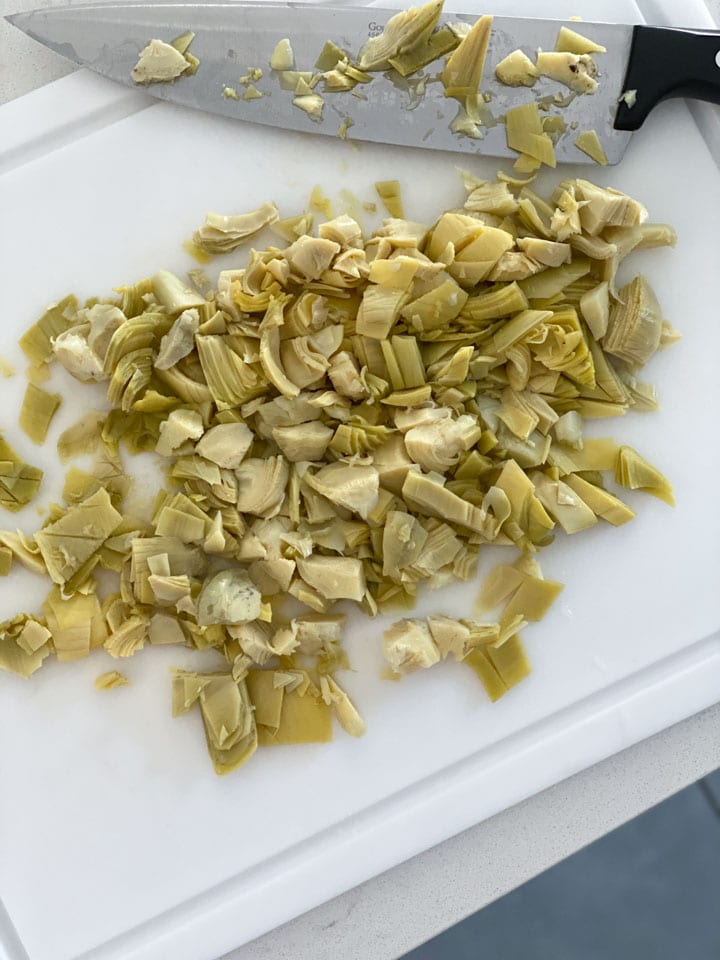 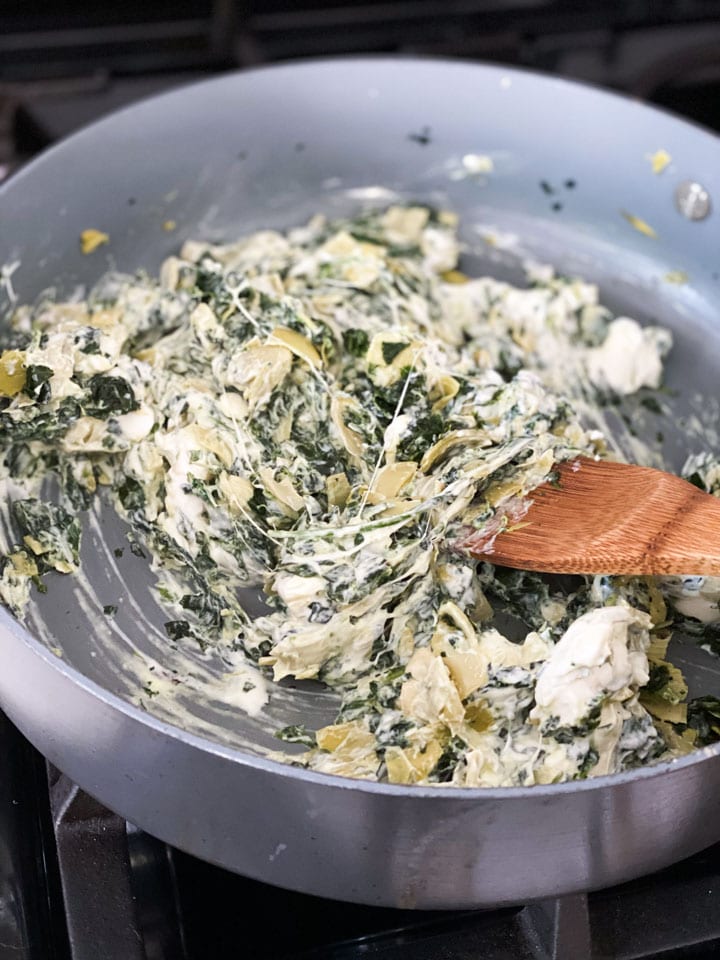 There are so many different recipes out there for spinach artichoke dip, but really liked that this one heated up all in one pan and then you can transfer it to an oven-safe serving dish. I used a mini gratin dish, but a cute cast iron pan would be great as well.

Basically you want to make sure the spinach and artichokes get heated through to soften the artichoke hearts a bit more. Then turn the heat on low and melt in both cheeses. For a final step, I mix in the mayo. If you mix in the mayo on too high a heat, I find it becomes a bit oily. This way it stays creamy, even through broiling. You don't have to broil the artichoke dip, but it does get everything nice and bubbly before serving. 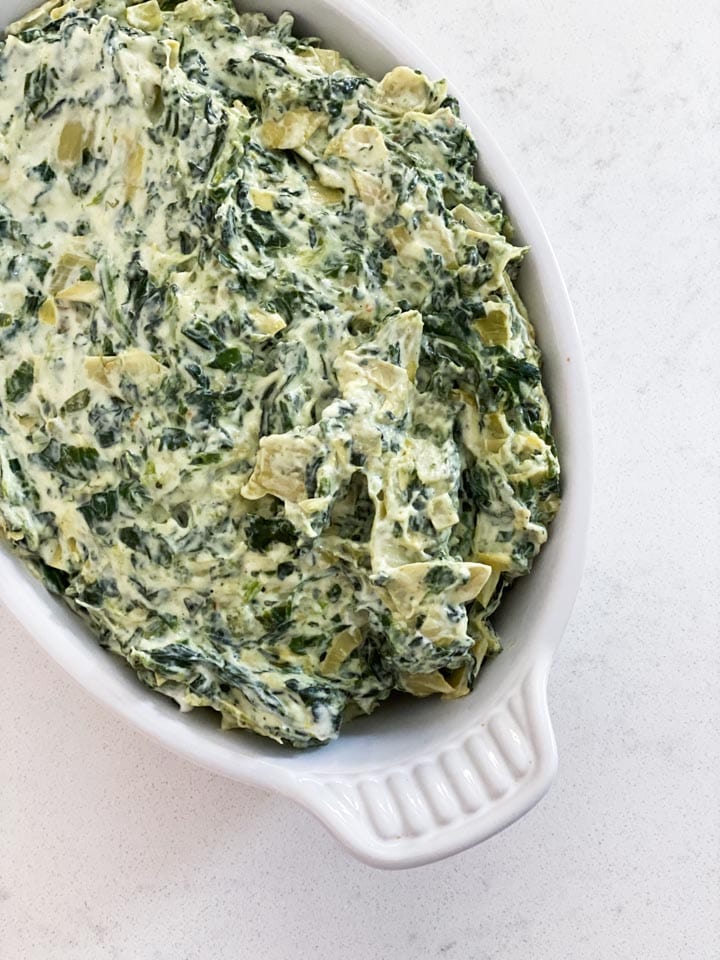 What to Serve for Dipping

If you're looking for an alternative to this creamy spinach artichoke dip, give these other recipes a try. Most of these are gluten free as well. 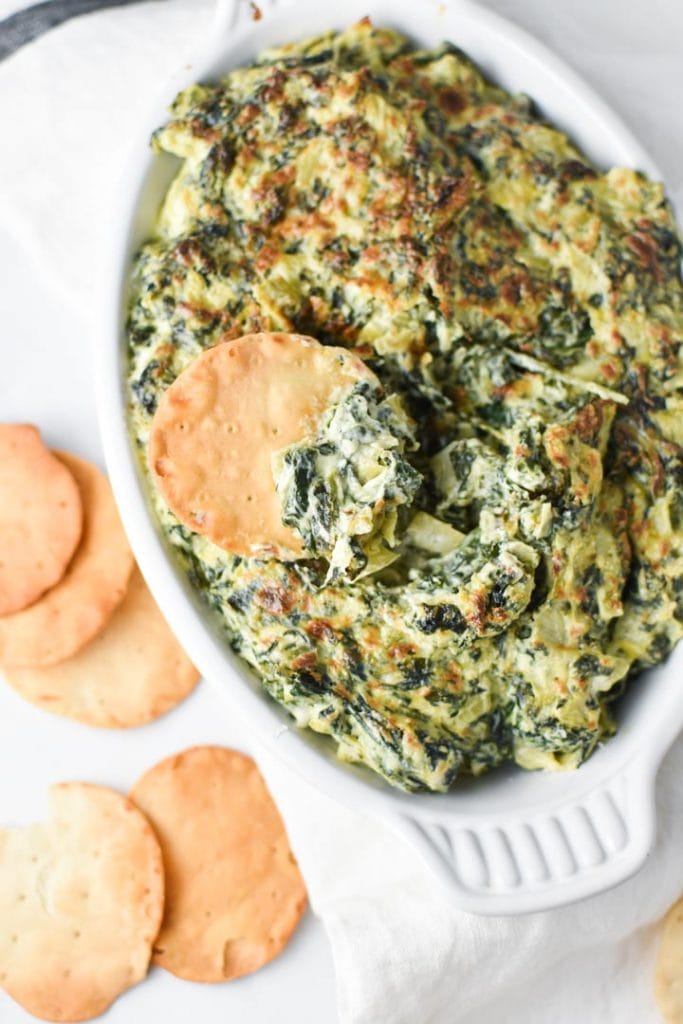 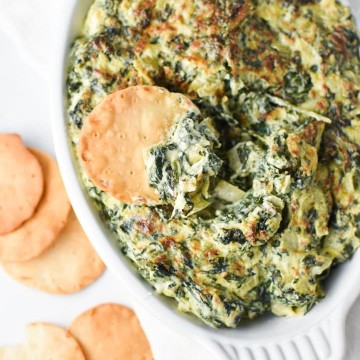