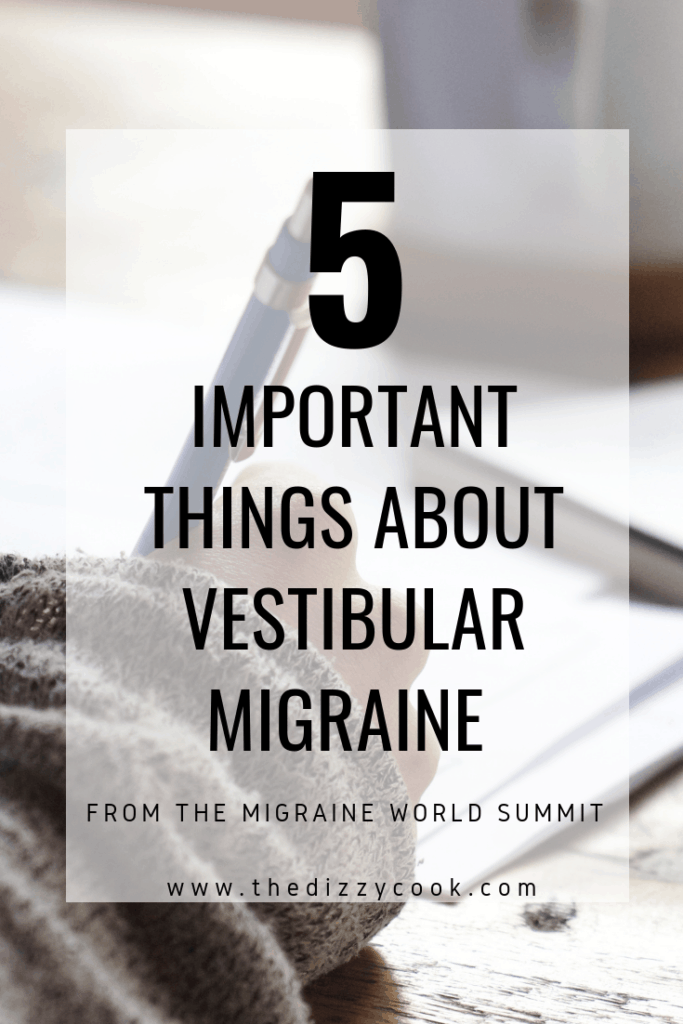 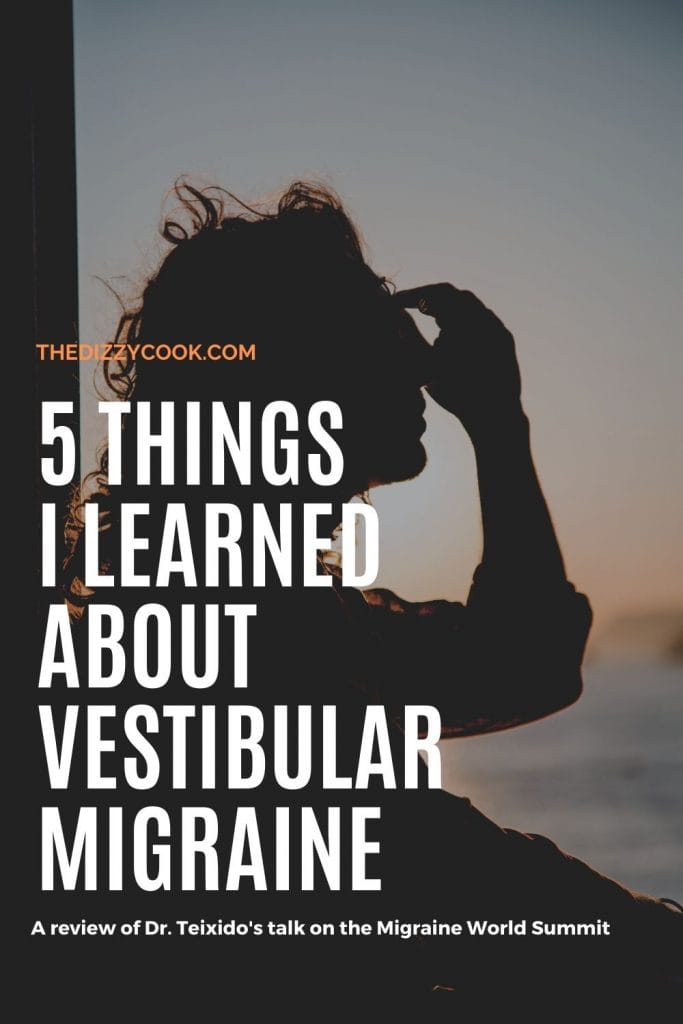 This past week I attended the live Migraine World Summit event at UCLA. Not only was it incredibly special to meet some readers of The Dizzy Cook, but it was also validating to be sitting with a few hundred people who knew exactly what you go through, including Kristin Chenoweth and Terrell Davis.

A few months back I received one of the most kind and encouraging emails from Meghan, who had been searching for ways to help her husband, Vince, through his new diagnosis of vestibular migraine. Eventually she found this site and he began the Heal Your Headache diet. Vince is a firefighter – not the easiest career to have with this illness! But through the diet along with medications and supplements, he is now able to work, go out to eat with his family again, and enjoy life a little bit more. I was honored to meet them both at this event. It’s crazy that this diagnosis can bring seemingly random people who would have never met together, and you are bonded through a shared experience that very few understand.

I was thrilled to hear Kristin Chenoweth understood vestibular symptoms. She experiences vertigo attacks and struggled with imbalance while on stage. In fact, she writes in her contract that she needs an extra day after travel so she can acclimate to the weather and surroundings before she performs. In her speech she mentioned how she once had to whisper “migraine” to a fellow cast member, who helped her balance while she was finishing her act on stage. Can you imagine having to deal with those bright lights in your face as a part of your career?

Terrell Davis shared how he is triggered by exercise. Normally he takes a preventative medication before a game, but on that Super Bowl Sunday, he was so excited he forgot. When he finally remembered, it was too late. During the final moments of a close game, he ran to his coach and mentioned he could no longer see – an attack had impacted his vision. The Bronco’s had one final play to win the Super Bowl and their star player was debilitated with migraine. The trick play that won them the game was all because Terrell was used as a decoy, when in reality he was in the midst of an attack. Doesn’t that make you feel encouraged? Anytime you feel like you can’t do something because of migraine, just picture yourself as Terrell and imagine you are winning that Super Bowl.

When the Migraine World Summit asked their viewers what topic they wanted to be covered this year, the overwhelming response was “vestibular migraine”. How awesome is that? We have always been told this is a rare illness, but now doctors are beginning to see what we knew all along – it’s not rare, it’s just misdiagnosed and misunderstood.

Dr. Michael Teixido, an otolaryngologist from Delaware, was invited to cover the topic – no easy feat when thousands of people are looking forward to this topic. I’ll admit that I was cautiously optimistic, but while watching the interview I found myself yelling “yes!!” multiple times at my computer. Not only was everything he was saying incredibly validating, but he’s also one of the first doctors I’ve heard put a lot of emphasis on the healing powers of a migraine diet. I thought I’d pull together the five top things we can learn from Dr. Teixido.

A Migraine without Headache

Headache Is Often Not Present With Vestibular Migraine.

Dr. Teixido mentions this is what is so difficult for other physicians to wrap their heads around, and why it’s often misdiagnosed. In fact, many doctors do not even learn about VM in school as it’s not covered in their textbooks. Often it gets mistaken for Meniere’s, which they believe is actually less common than vestibular migraine. Because there is no specific test for vestibular migraine, a doctor who truly knows how to diagnose it is one that is genuinely interested in learning more about this illness. You can help your doctor by describing your symptoms in great detail. While a headache may not be present during the attack, some patients noted an increase in headaches (not migraines) before the giddiness, vertigo, or other symptoms began.

Much like central vertigo, there are two symptoms that the inner ear can not create. These are specific to vestibular migraine:

Tilting your head or body is very difficult with vestibular migraine, and some are so sensitive that the motion of their own head can increase dizziness. This is why it’s difficult to distinguish BPPV (benign paroxysmal positional vertigo) from VM, because any kind of head tilt or turn over in the bed can bother us. But BPPV reveals itself as more of a short burst of vertigo, where with vestibular migraine you can feel symptoms 24/7. Patients may also have a combination of VM and Meniere’s or VM and BPPV, making it incredibly difficult to diagnose. In fact, having vestibular migraine can increase your chances of having BPPV.

Yes, it still applies, but MAV was the original term for what is now recognized as “Vestibular Migraine”. The old criteria to diagnose it was very loose and all you needed was to have a response to migraine medication. Vestibular migraine is the newest label given to what we experience as it encompasses all types of vestibular symptoms that can be experienced during an attack – not just vertigo. So when speaking about your illness, be aware of using the term “Vestibular Migraine” to more accurately describe your range of symptoms.

The Cause of Vestibular Migraine Is Genetic, but Triggers Can Spark Attacks

Contrary to some comments in support groups, fluid behind the eardrum is not the cause. Many patients, like myself, notice they used to get car sick when they were a kid. Genetics play a huge role in this illness lurking in the background. For myself and many others I know, there was a period of intense stress with my job. Perhaps there’s a great loss, a traumatic event, or just a period where you are not taking care of yourself. This can sometimes “awaken the beast”, so to speak. Triggers are not the cause of migraine, but they increase the likelihood of an attack.

Dr. Teixido mentions that the next best thing to manage vestibular migraine, besides medication, is low tyramine, additive-free migraine diet. He says food is the easiest trigger to avoid and a great way to stay under your trigger threshold, even if it’s raised by medication. That way you can handle triggers you cannot control like stress and weather more easily. As far as medication, he finds success with SSRI’s since many patients have anxiety with the symptoms they experience. Currently anti-CGRP drugs have not been proven for vestibular migraine, so it is unclear if they help. This is something my neurologist also tells me.

Success with Vestibular Therapy Can Depend on a Good Therapist

The use of vestibular therapy (VRT) is controversial when it comes to vestibular migraine. Many doctors will say it doesn’t work. Dr. Teixido says it will only work if your therapist knows exactly what they’re doing, and that few are educated enough in VM specifically. He mentions that therapists will often overwork the patient, making their symptoms worse.

I had this same experience. The first clinic I saw worked me several times a week and I always left so sick. When I finally went to UTSW, I met with a fantastic therapist. Our exercises were very short and we spent most of our time reviewing my progress and talking through the changes in my symptoms. Detailed notes were entered with every session. She made sure that after each exercise, I always came down to a “baseline”. Obviously your symptoms will increase as your brain learns to compensate, but they should always come back down to the same level as when you began within the hour. Often these sessions should only last minutes – not a full hour.

Most Patients Get Better

This was so good to hear because it’s exactly what I preach on The Dizzy Cook. I remember when I first saw Dr. Beh, he mentioned that he very rarely sees old patients. They learn what works for them and move on. While there’s no real “cure”, most people do find a way to live a normal life again. So what works best? It’s throwing a combination of diet, supplements, exercise/VRT and medication, along with mindfulness and/or CBT at this illness.

When patients come to Dr. Teixido and mention they failed all their treatments – he digs a little bit deeper. First, are they following a migraine diet faithfully? Are there meds they haven’t tried? And if they have – are there combinations that haven’t been tried? We hear often it would take a lifetime to get through every medication/supplement/diet combination that is available. So when a doctor tells you they can no longer help you – find a new one that will be a partner in your health. He mentions that your doctor should be your “coach”, but it’s up to you to implement these changes, and be an advocate for your health. A neurotologist, or an otoneurologist, is your best bet for being accurately diagnosed. But there are a few ENT’s and neurologists who have a strong interest in vestibular migraine and can be incredibly helpful.

Finally cognitive behavioral therapy (CBT) can be very important. This is something I had to practice when I was first diagnosed. The fear or walking outside, driving, or even cooking would occasionally be overwhelming. I felt miserable. Anxiety and emotional responses can increase our symptoms, so it becomes a vicious circle. Dr. Teixido recommends The Feel Good Handbook as an easy way to start.

Thank you to the Migraine World Summit and Dr. Michael Teixido for bringing more awareness to this illness. 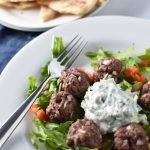 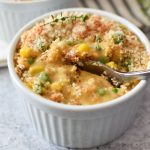 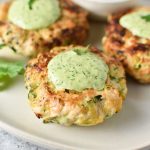 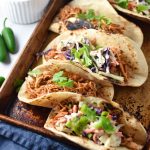 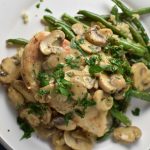 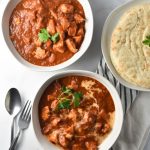 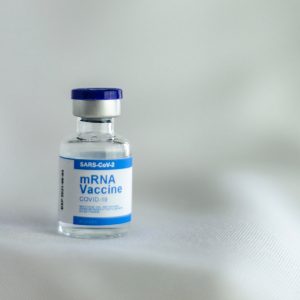