Published: Sep 26, 2022 by Alicia This post may contain affiliate links. 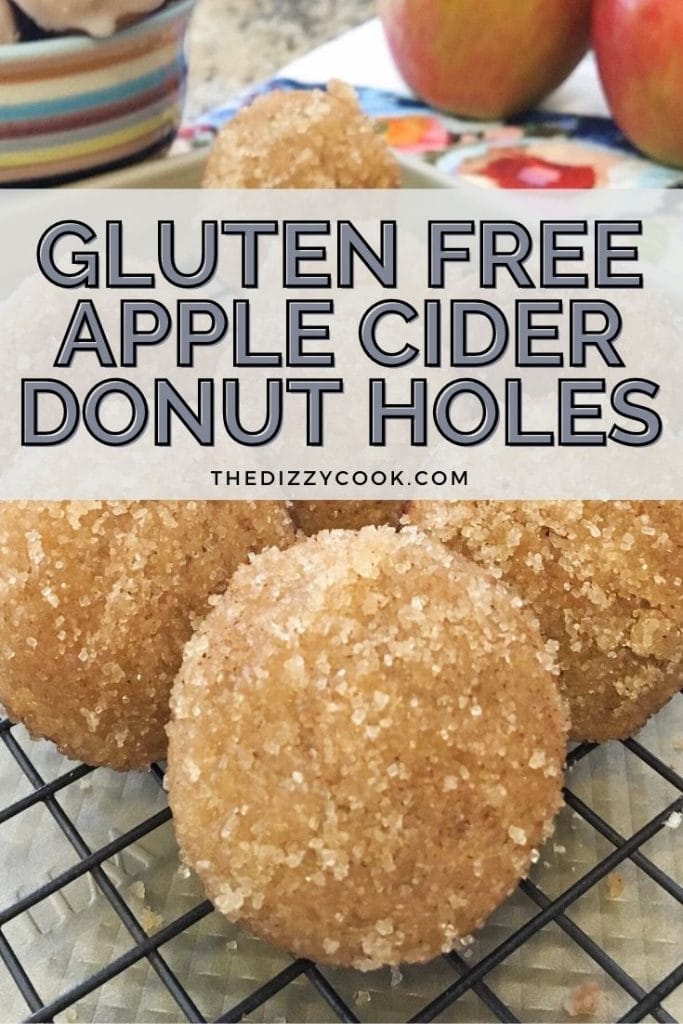 These baked donut holes are delicious and easy to make - no frying involved! Light and fluffy dough is combined with two topping options of cinnamon sugar and a classic glaze.

You don't even need a special donut hole pan, but can also use a mini muffin pan to make these homemade donut holes. It's much easier to make for a quick sweet treat than actual donuts!

If you love apple cider donut holes, I give an edit for that for fall. It's an extremely versatile recipe and one that is perfect for a special breakfast meal.

Whether you're intimidated by frying dough in oil, don't want to mess with the clean up, or you just want to save a few calories, you'll love these baked donut holes. It's a lot of the same flavors without the fuss and no yeast required either.

For the cinnamon sugar topping - Extra white sugar, butter, and cinnamon are needed.
For the glaze topping - Use powdered sugar and either full fat milk or apple cider.

Just a few steps and you have the most delicious homemade donut holes!

Step 2 - Stir in the wet ingredients

Stir in the egg, milk, applesauce, and vanilla to the dry ingredients. Whisking until just combined. Some lumps can remain - just do not overmix as this will leave the donut holes more dense.

Pour the batter into the greased donut hole or mini muffin pan and bake at 400F for 10-12 minutes or until the donut holes have puffed up and are light brown on the edges. Place them on a baking rack to cool.

For the glaze, whisk together the powdered sugar and milk or apple cider until smooth and drippy. Dip the tops of the donut holes into the mixture and then allow the glaze to cool and harden on the baking rack.

This original recipe was created by Jennifer Bragdon and it was for apple cider donut holes. I updated it recently to make it more versatile for all times of year! But if you'd like to make these fall-spiced, here's the original recipe.

For apple cider - Look for an alcohol-free, dark, freshly pressed juice that contains visible sediment at the bottom of the jug. Spiced apple cider is fine too. You can usually find it in the cold case located in the produce section of the grocery store, rather than in the juice aisle.

Start by simmering 1 ½ cups apple cider with 2 cloves in a small saucepan over med-low heat for about 20 minutes. You should have at least ½ cup remaining. Remove the cloves and measure out to ½ cup. Set aside in the refrigerator to cool. Use this apple cider reduction in place of the milk, use ¾ teaspoon cinnamon, and ¼ teaspoon nutmeg.

Make these baked donut holes gluten free by combining half oat flour with half brown rice flour. I've made both ways and it's wonderful! The gluten free version occasionally takes a bit longer to cook than the all purpose flour, so plan on an extra 5 minutes or so.

You can also use Bob's Gluten Free 1:1 Baking Flour Substitute.

The recipe for the glaze makes 12 donut holes, so just enough for you to coat half. Usually people like to have a mix of options!

Glazed donut holes - these are the traditional sugar coating that hardens as it cools. I like to add a little bit of vanilla extract to the recipe for flavor, but fresh vanilla bean would be even better!

Cinnamon sugar - This buttery cinnamon sugar coating is so great for fall. It has a slight crunch on the outside from the sugar!

Obviously these are best served fresh and warm, but donut holes will keep up to 3 days in an air tight container at room temperature. You can refrigerate them, but they tend to dry out.

To freeze - Cool donut holes completely and place into a freezer-safe ziplock bag. Freeze for up to 3 months. To defrost, leave at room temperature for about 1 hour. If your intention is to freeze, I recommend waiting to coat them till after defrosted.

Gifting - If giving a large batch, cool donut holes completely and place them into the container, separating layers with parchment paper.

What to Serve with Baked Donut Holes

These could classify as a dessert, but they're really best for a special breakfast or brunch. They would be amazing with these other recipes:

How do you make donut holes without a pan?

It's very easy! If you don't want to buy a donut hole pan you can use a mini muffin pan. I've even seen some people fill a regular muffin pan with tin foil to create a smaller inner section, but that seems like a lot of work.

Are baked donut holes the same as fried?

Can I make this recipe dairy free?

Yes, I would recommend using oat milk for a milk substitute (or apple cider) and using ghee or Earth Balance pressed oils for the cinnamon sugar coating. This will also make the recipe vegan.

If you love these baked donut holes, you'll love some of these other fall baking and brunch recipes!

If you make any of my recipes, don’t forget to tag me #thedizzycook or @thedizzycook on Facebook and Instagram. And please leave a review below!

This post was originally created in 2018 as Gluten Free Apple Cider Donut Holes. The recipe has since been changed, but if you preferred the original, it is typed in the post. Recipe updates, new photos, and instructions have been added September 2022.