When you can't have soy, seared tuna salads are a rare treat. With this recipe, you can enjoy this sesame crusted ahi tuna once again. Ginger dressing, which is sweetened with pear juice, adds the perfect compliment to the toasted sesame flavors.

My first long flight after being diagnosed with vestibular migraine was to Maui. It had been about 10 months since my official diagnosis, and I was doing really well on supplements and medication. I started the Heal Your Headache Diet about 2.5 months prior to the trip in an effort to clear up some low level dizziness that would come and go throughout the day. It took about 2 months on the diet to notice a difference in how I felt. Some triggers were easier to identify, like caffeine and even decaf teas. Some were more difficult, like yogurt, which I didn't want to accept was a trigger for me. Not only was I really nervous about a long flight for the first time in over a year, but I was also nervous about sticking to the diet on vacation.

A Vacation with Migraine

The flight went wonderfully. I used many of the tips I shared in this post and I packed a full bag of sunbutter energy balls. These days I know that you can bring a frozen ice pack through security with you, but at the time I made a quinoa salad that I could let sit at room temperature. Still, once I got to Maui the diet was tough to stick to! I always allow myself to cheat here and there on vacation or during special times. When I was in Spain last year, I cheated for a food tour where we tried vermouth, chocolate, and jamón ibérico. Definitely got a migraine from that one, but it was worth it! With Maui, I cheated for poke. Poke is raw ahi tuna normally marinated in soy sauce and onions. You can find it at places all around the island or hit up Foodland. There's a food truck called South Maui Fish Company that has it if it's fresh caught that day. We discovered the guy that owns SMFC is a Texas native who decided to move to Maui. The "Peticolas" stickers all over the cooler were the giveaway. I also decided that I should probably adopt this man's business plan at some point in my life.

It is possible to have a little slice of Maui here in Texas (or anywhere!) with this ahi tuna salad. This recipe is for a more advanced migraine dieter that has ruled out coconut aminos as a trigger. If you cannot tolerate it, I'd just try it without. I honestly forgot to put it in the dressing the first time I made it and it was still really good. You could taste it and adjust with either more distilled vinegar or pear juice.

The other thing to note is that ahi tuna is sometimes called bigeye tuna. Hawaiian bigeye is fished sustainably, but ahi tuna in general is known to be higher in mercury so you'll want to try to not eat this every night for dinner. I know it's hard. You can do it. 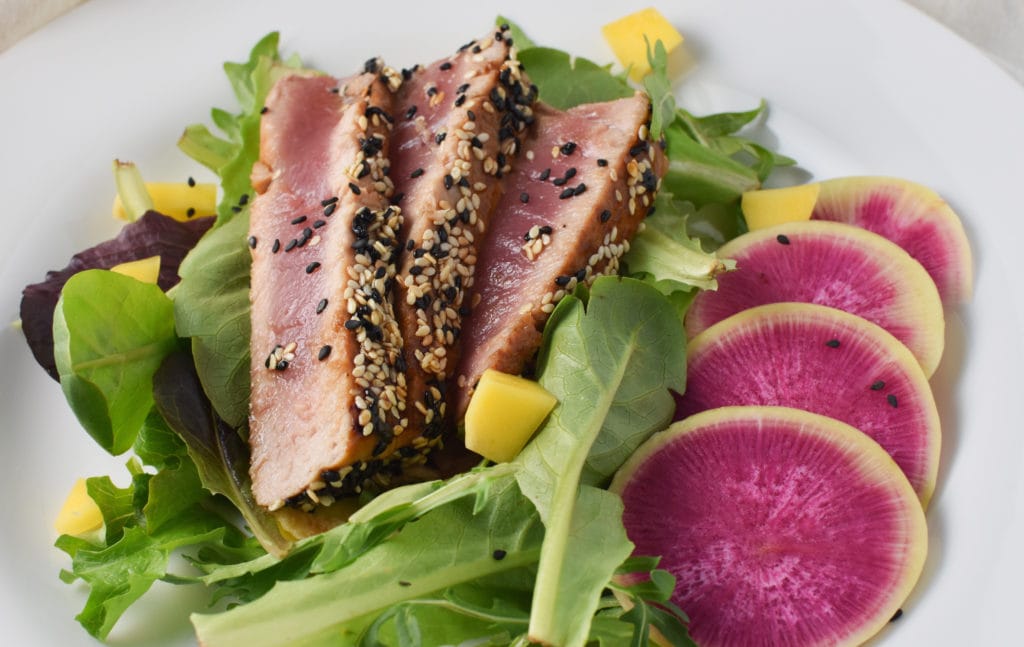 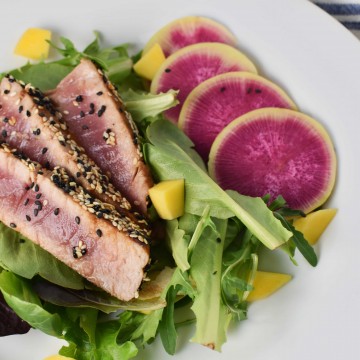 Tried this Recipe? Tag me Today!Mention @thedizzycook or tag #thedizzycook! 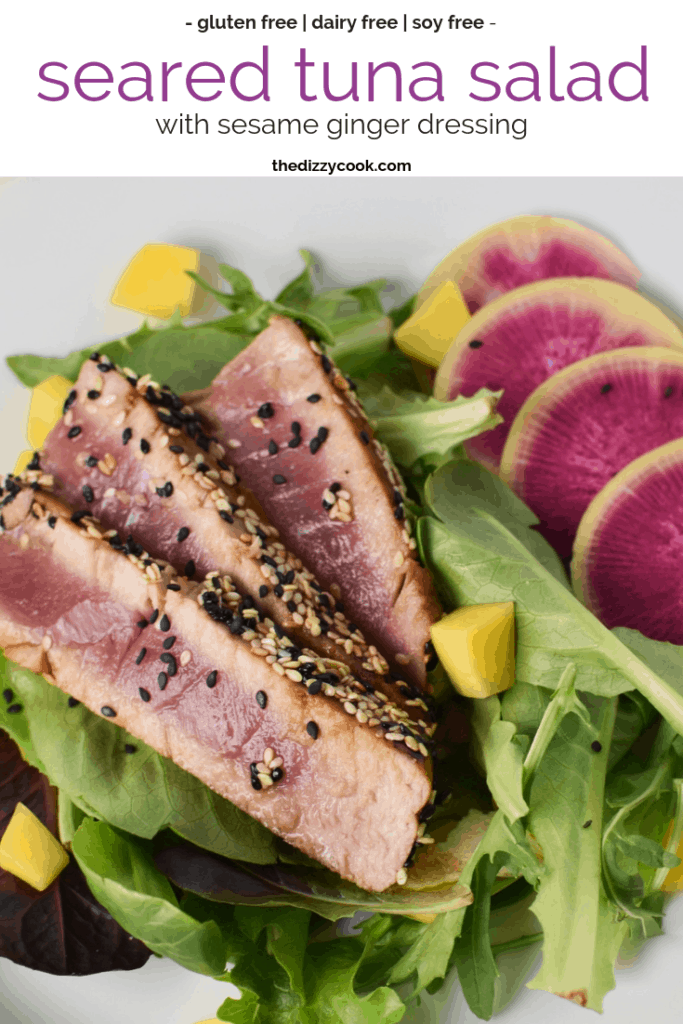